An American military contractor pleaded guilty on October 13 to her role in a theft ring on a military installation in Kandahar, Afghanistan.

Varita V. Quincy, 35, of Snellville, Georgia pleaded guilty before U.S. Magistrate Judge Douglas E. Miller to one count of conspiracy to defraud the United States and one count of making false official statements. Sentencing is set for February 23, 2021 before Judge Rebecca Beach Smith.

Quincy admitted that, between April 2015 and July 2015, she, Larry J. Green of Chesapeake, Virginia, and others conspired to steal, and did steal, equipment and property of value to the United States while working for a government contractor operating on Kandahar Airfield, in Kandahar, Afghanistan. Kandahar Airfield was used by U.S. military forces to support U.S. military missions throughout Afghanistan.

Quincy was a supervisor in the office that issued security badges required for the movement of personnel and property on and off Kandahar Airfield. Quincy admitted that as part of the conspiracy, Green identified items of value to steal, such as vehicles, generators, refrigerators, and other equipment. Green negotiated the sale of those items with persons outside of the installation. Quincy then facilitated the thefts by creating false official documents, or instructing those she supervised to prepare such documents, to facilitate the entry of unknown and unvetted Afghan nationals and their vehicles on to the military installation to remove the stolen property.  Quincy shared in the profits from this scheme. The false documents she created, or directed others to create, were used to deceive security officers and gate guards and thereby compromised the security and safety of the military installation. 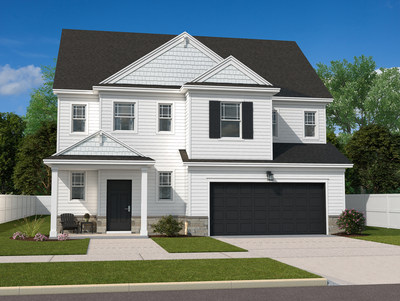 “American Homes 4 Rent’s communities are a new, innovative choice in American housing that combine the benefits of a single-family home with the flexibility and low-maintenance of leasing,” said Zack Johnson, Executive Vice President of Acquisitions & Development for AH4R. “We are proud to open our new Treaty Oaks community as we expand upon our already strong presence in the Jacksonville area.”

Treaty Oaks adds 31 homes built, owned and operated by AH4R to its existing portfolio of more than 2,300 units in the Jacksonville market.

“We are a resident-focused company seeking to create better experiences and our new Treaty Oaks community leverages our deep understanding of our industry and the Jacksonville market,” said Brent Landry, Senior Vice President of Development for AH4R. “We know where home shoppers want to live, the design features they prefer and we have the unique ability to lease our homes quickly with our in-house sales team.”

Treaty Oaks features four- and five-bedroom homes ranging in size from approximately 2,000 to 2,200 square feet. Pricing starts from the $1,900s

Americans Paul R Milgrom and Robert B Wilson have won the Nobel Prize in economics for “improvements to auction theory and inventions of new auction formats”.

The winners were announced in Stockholm by Goran Hansson, secretary-general of the Royal Swedish Academy of Sciences.

The award caps a week of Nobel Prizes at a time when much of the world is experiencing the worst recession since the Second World War and because of the impact of the coronavirus pandemic.

Technically known as the Sveriges Riksbank Prize in Economic Sciences in Memory of Alfred Nobel, the award was established in 1969 and is now widely considered one of the Nobel prizes.

Few economists could have predicted last autumn that the globe would come to a virtual standstill within months, as governments closed their borders, imposed lockdowns and ordered other measures to stop the spread of Covid-19, triggering a sharp dip in business activity worldwide.

Last week, the Nobel Committee awarded the prize for physiology

Contractors employed by an external company to work at Google signal that they are no longer getting orders and their work is taken over by the company’s branch in Kraków. They claim that jobs have started to be moved to Poland because they wanted to create a trade union,as the American portal Vice informs.

In September 2019, most of the 80 Pittsburgh contractors employed by HCL America voted to join another union – steelworkers. They were to work together under the name of the Pittsburgh Association of Tech Professionals. Now they claim that the duties they performed for Google are transferred to the company’s branch in Poland, specifically in Kraków, while the team in Pittsburgh is shrinking.

They were not hired to work for the technology giant, but by the aforementioned HCL America, for which – according to Vice – the union plans of contractors were a problem.

On Thursday, the US National Labor Relations Board, a federal agency that protects the rights of private sector workers, issued a formal complaint against HCL. It accuses the management of this company, that they interviewed employees about other people’s union activities, “threatened employees with stricter rules and policies” if they voted for the union and announced delays in granting promotions and raises, Vice reads.

Opened in 1903, the building served as Washington D.C.’s first public library and its first desegregated public building. The building, initially designed by Ackerman & Ross, is well known for its Beaux-Arts style that draws heavily from French neoclassicism, gothic, and Renaissance elements.

The building had fallen into disuse between the turn of the twenty-first century and 2017 when Apple began renovating the library into the city’s second Apple Store location, Apple Carnegie Library.

The renovation was undertaken by Foster + Partners, a British international architecture design headquartered in London. The renovation took approximately two years, with the location reopening in May 2019.

The interior has been renovated using materials fitting the historical surroundings and inspired by the distinctive twentieth-century detailing. It is also notable for its effort in sustainability — the building features reintroduced natural ventilation and “makes generous use of daylight,” according to the American Architecture Awards’ writeup.

Like many of Apple’s retail locations, Apple has hosted free “Today at Apple” sessions focused on photography, music production, coding, and videography within the store. Apple also filmed the first episode of “Oprah’s Book Club” for Apple TV+ at the location as well.

Also housed in the building is the D.C. History Center, located on the second floor, as well as the Carnegie Gallery, located in the basement.