LARAMIE – The Albany County Sheriff’s Office reported Wednesday that 29 homes and 31 other structures or outbuildings have been lost to the Mullen Fire, which has grown to nearly 100,000 acres.

It was first significant damage assessment for structures conducted by firefighting personnel since the blaze erupted Sept. 17 in the Medicine Bow-Routt National Forest about 40 west of Laramie and just southwest of Centennial.

The sheriff’s office contacted all 38 property owners after the damage assessment was made in lower Keystone, Lake Creek and Foxborough.

“On behalf of everyone working this fire, our thoughts go out to those who lost homes and property,” stated a sheriff’s office press release.

The statement added that if there is further damage to property, additional assessment and notifications will be made. Additionally, the sheriff’s office has received a lot of questions about when owners will be allowed to go see their property.

“Currently, it’s still too dangerous …,” the release stated. “When it’s safe to do so, we will work on setting up a limited re-entry.”

As of the latest update Wednesday morning on the U.S. Forest Service’s Incident Information website, https://inciweb.nwcg.gov/incident/7208/, the Mullen Fire had increased to 96,757 total acres and remained at 0% containment.

The total amount of firefighting ground personnel is at 887, directed by a Rocky Mountain Area Incident Management Blue Team. The crews are also aided by large fleet of firefighting aircraft. More firefighting personnel and resources continue to arrive after being released from other fires in the western part of the country.

The fire was pushed Wednesday by strong north/northwest winds, increasing overall intensity and most of the new growth to the south and southeast toward the Wyoming-Colorado border, prompting more evacuations and road closures.

The Wyoming Department of Transportation closed Highway 230 from the Colorado 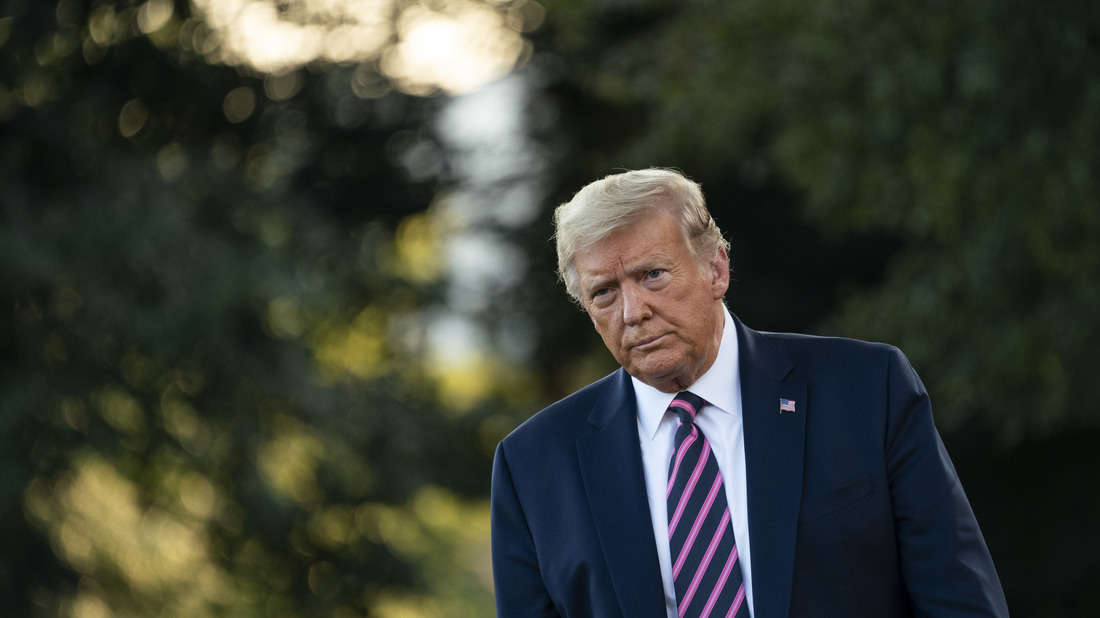 President Trump, here on the South Lawn of the White House on Tuesday, signed an executive order on certain training about race for federal contractors, expanding an earlier ban on federal employees. 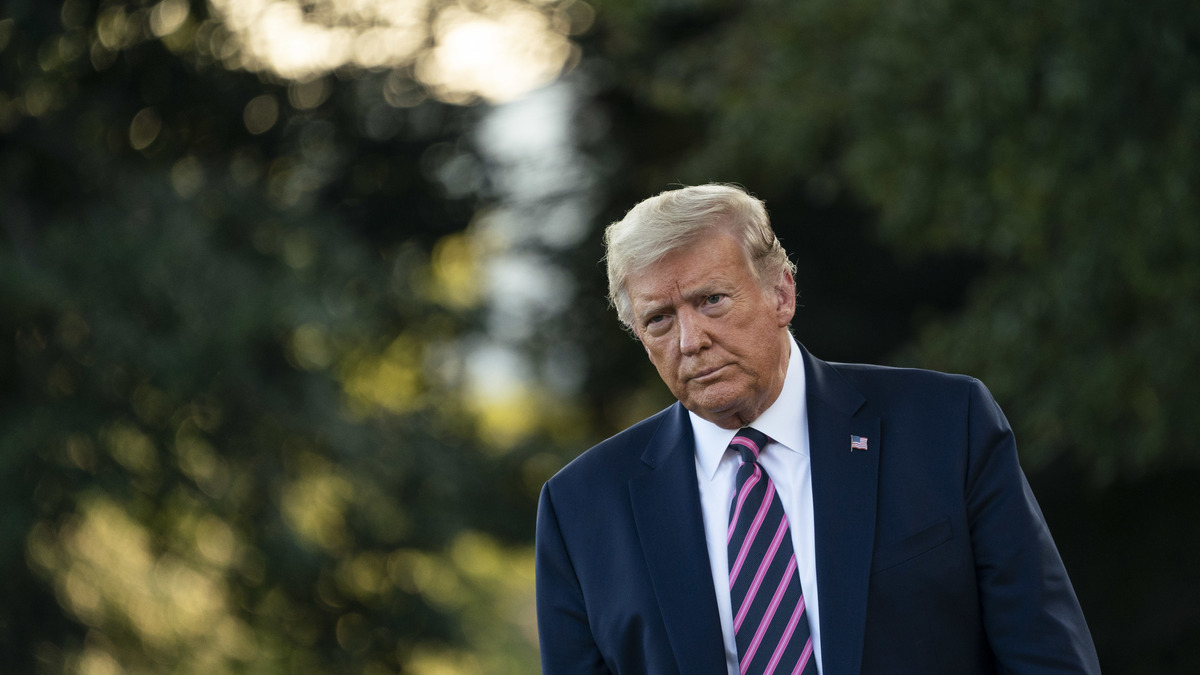 President Trump, here on the South Lawn of the White House on Tuesday, signed an executive order on certain training about race for federal contractors, expanding an earlier ban on federal employees.

President Trump on Tuesday said he had expanded a ban on racial sensitivity training to federal contractors.

His administration had instructed federal agencies to end such training earlier this month.

Trump said on Twitter on Tuesday that he had expanded the ban on “efforts to indoctrinate government employees with divisive and harmful sex and race-based ideologies” to contractors doing business with the federal government and those receiving grant funds.

“Americans should be taught to take PRIDE in our Great Country, and if you don’t there’s nothing in it for you!” he tweeted.

…with our Country, the United States Military, Government Contractors, and Grantees. Americans should be taught to take PRIDE in our Great Country, and if you don’t, there’s nothing in it for you!

“Instructors and materials teaching that men and members of certain races, as well as our most venerable institutions, are inherently sexist and racist

Handyman needs throughout the Sunshine Coast are provided by the professionals at Clayton Property Maintenance. The professionals deliver solid and durable solutions for a wide variety of property-related issues.

Clayton Property Maintenance is pleased to announce that its service area now comprises all Sunshine Coast and Caboolture regions. The professional team works closely with clients to deliver reliable and long-lasting solutions for a wide range of issues. They offer many types of services for homes, businesses, or others, from painting to landscaping to full property renovations. The company has more than 15 years of experience working with private and corporate clients. The service is of high quality and can be customised for the needs of the client.

For customers along the Sunshine Coast, the company can handle a range of problems. These include preparing a home for sale, updating a home bathroom or kitchen, and for body corporate, regular maintenance, and one-off projects. The professionals work with body corporates to provide general handyman services, professional landscaping, installations, and high-quality yard maintenance.

Further details are available at claytonpropertymaintenance.com.au

Hiring the property maintenance team at Clayton means that home and business owners get professional quality work on projects that might otherwise not get done or might be done incorrectly. The pressure of time is especially important when a home has been sold, and projects must be completed quickly in preparation for the closing and leaving the premises. Projects such as a fresh coat of paint, deep cleaning, and yard work take time and specialised equipment, which many clients don’t have.

We have over fifteen years’ experience working with corporate, private, and body corporate clients. We offer high quality, professional services that we can customise to the needs of your property. Maintenance of a property can require a lot of time and effort.

President Donald Trump tweeted yesterday that he had expanded his “ban” on racial sensitivity training to federal contractors.

“A few weeks ago, I BANNED efforts to indoctrinate government employees with divisive and harmful sex and race-based ideologies,” he wrote. “Today, I’ve expanded that ban to people and companies that do business with our Country, the United States Military, Government Contractors, and Grantees.”

He wrote that “Americans should be taught to take PRIDE in our Great Country, and if you don’t, there’s nothing in it for you!”

Trump has denounced training that includes any reference to “white privilege” or “systemic racism.”

Read More: Princeton under federal investigation for past racism on campus

A section called “Purpose” begins “From the battlefield of Gettysburg to the bus boycott in Montgomery and the Selma-to-Montgomery marches, heroic Americans have valiantly risked their lives to ensure that their children would grow up in a Nation living out its creed, expressed in the Declaration of Independence: ‘We hold these truths to be self-evident, that all men are created equal.’”

The order goes on to reference Dr. Martin Luther King, Jr., Abraham Lincoln and more. It notes that a “malign ideology is now migrating from the fringes of American society and threatens to infect core institutions of our country.”

Read More: Cindy McCain endorses Biden: ‘He is a good and honest man’

“Such activities also promote division and inefficiency when carried out by Federal contractors,” it continues.

“Therefore, it shall be the policy of the United States not to promote race or sex-stereotyping or scapegoating in the Federal workforce or in the

J.P. Morgan Says These 3 Stocks Could Surge Over 100% From Current Levels

After the summer bulls, markets corrected themselves – but more than that, the selling was highly concentrated in the tech sector. The tech-heavy NASDAQ is now leading the on the fall, having lost 11.5% since September 2.JPMorgan strategist Marko Kolanovic points out that much of the market is now well-positioned for a rebound. Kolanovic believes that stocks will head back up in the last quarter of the year.“Now we think the selloff is probably over. Positioning is low. We got a little bit of a purge, so we think actually market can move higher from here,” Kolanovic noted.Acting on Kolanovic’s outlook, JPMorgan’s stock analysts are starting to point out their picks for another bull run. These are stocks that JPM believes they may double or better over the coming year. Running the tickers through TipRanks’ database, we wanted to find out what makes them so compelling.NexTier Oilfield Solutions (NEX)The first JPM pick is NexTier, a provider of oilfield support services. The oil industry is more than just production companies. There are a slew of companies that provide drilling expertise, fluid technology for fracking, geological expertise, pumping systems – all the ancillary services that allow the drillers to extract the oil and gas. That is the sector where NexTier lives.Unfortunately, it’s a sector that has proven vulnerable to falling oil prices and the economic disruption brought on by the coronavirus pandemic crisis. Revenues fell from Q1’s $627 million to $196 million in Q2; EPS was negative in both quarters.But NexTier has a few advantages that put it in a good place to take advantage of a market upturn. These advantages, among others, are on the mind of JPM analyst Sean Meakim. “Admittedly we’re concerned about the sector