At Virgin Hotels in Chicago, Dallas and Nashville, and coming to Las Vegas early next year, the company’s app was made more robust this year to control room lights, temperature and television. Room configurations separate the back bedroom from the dressing room near the hallway with a barn door behind which guests can remain, allowing attendants access to make deliveries without contact.

Not every hotel can offer outdoor dining year-round. Neither can their restaurants thrive with the capacity restrictions forced by social distancing requirements. The solution: Make the entire hotel a dining area. And throw in robotic servers.

“This is meant to be an answer to how do you deconstruct the restaurant experience so you don’t have to eat in one small place,” said Ron Swidler, the chief innovation officer at The Gettys Group, a Chicago-based hotel design, development and consulting firm. The Gettys Group recently convened with a consortium of 325 industry professionals from Hilton, Marriott and Cornell University, among others, to come up with the Hotel of Tomorrow project, collaborating on future hotel innovations. (The company has a track record with the workshop; in the early 2000s, it came up with the idea of a robotic butler, later developed by the Aloft brand of hotels as the Botler).

The think tank envisioned delivery units of various sizes that could keep food hot and drinks cold and provide video or music for entertainment.

“Maybe these robots have personalities and hang out with you,” Mr. Swidler added.

Even without robot partygoers, existing hotels have a great incentive to repurpose their now underutilized meeting rooms, ballrooms and even event lawns. 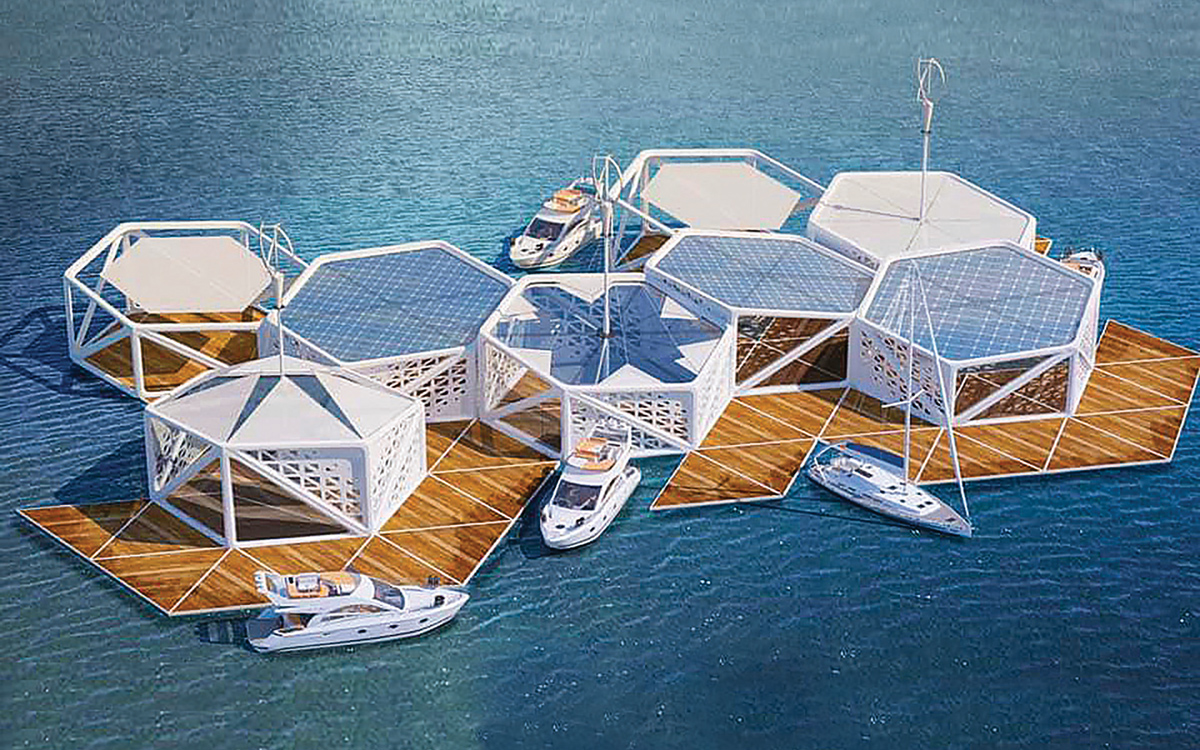 In some parts of the world,

Zillow co-founder Spencer Rascoff is back in the real estate game.

“We’re trying to create a new category of home ownership, which is second-home ownership,” Rascoff said during an interview on CNBC. To “democratize” ownership, Pacaso’s marketplace helps aspiring owners purchase from one-eighth to one-half of a vacation home. The company will generate revenue on the home sale, and it will collect a fee for managing the property.

It’s not Rascoff’s only new venture. The serial entrepreneur has also formed a blank-check company that’s looking to take a tech unicorn public. Since stepping down as Zillow’s CEO in February 2019, Rascoff has invested in a slew of real estate startups.

He has a penchant for early-stage startups, too. This year, he launched dot.LA, a news site covering Southern California tech. And he’s written checks to PocketList, a rental listings platform, and La Haus, a Latin American listings site. He was also an early investor in smart-intercom startup ButterflyMX.

“This is just a dressed-up version of the typical asshole landlord scenario.”

Airbnb valuation could hit $30B in IPO

It’s finally happening. Airbnb is looking to raise $3 billion in a December IPO, according to a new report. Sources told Reuters that Airbnb plans to file a prospectus in November after the presidential election.

There is a problem with housing in this country. From decades of bad public housing policy to retrofitting the suburbs for sustainability to near consistent affordable housing shortages, we have to start looking at more innovative housing solutions. Not looking to solve all that, but certainly falling somewhere within the mix is Mighty Buildings, an Oakland based company 3D-printing generally affordable homes. All you have to do is find a place to put them.

Which, isn’t too far fetched a concept. People are building apartments in their backyards and from a luxury standpoint, offices or extra rooms in the backyard. Like container homes, 3D printed homes seek to offer a generally affordable alternative to a small, sustainable home created in a non-traditional manner. 3D-printed homes are not a new concept but have mostly been stuck in the conceptual phase until recently.

Mighty Buildings built a 79,000 square foot facility and received approval under the California Factory Built Housing program as well the first UL certification under the new standard for 3D printed construction. It can create 3D-printed homes quicker and more efficiently (it’s literally a giant 3D-printer that prints homes) and sells its output for $115,000 for a studio at the low end to $285,000 for a 3b/2ba. If you live in an inflated housing market (anywhere in California for instance) then you can see the cost benefit immediately.

The innovative part here is not necessarily the methodology of 3D-printing a home instead of cutting up a series of shipping containers to make a container home, but it’s that Mighty Buildings literally developed a new composite material to build its homes, making them more energy efficient and structurally sound.

Alison Victoria Reveals the ‘Future of Kitchens’: Will It Catch On?

Alison Victoria of “Windy City Rehab” is in some serious trouble. After getting sucked into legal scandals involving her former partner, Donovan Eckhardt, she’s parted ways with him and is trying to move on.

But can she? In the episode “Going Big on Berenice,” Victoria has begun working on a huge house on Berenice Street in Chicago, but soon runs into problems. Since Eckhardt was involved in this deal early on, and had allegedly bungled paperwork along the way, a stop-work order was placed on the building. This causes an expensive nine-month delay, and eventually Victoria realizes that she may not turn a profit on this house.

To make up for lost time, she decides to add features that are so amazing, the house could fetch a high price—all without making her spend a ton more money. Read on to find out the special upgrades Victoria adds that make this house stand out, and might work well in your own home, too.

When Victoria starts work on this house, she’s disappointed with the exterior. With faux stone on the façade and a brown door, it looks dated and dull.

“Curb appeal in this neighborhood is just like any other neighborhood: very important,” she explains, and makes plans to completely reimagine the exterior.

She gives the house a modern look by painting the exterior black and white. For some character, she adds cedar shingles as an architectural accent. This mix of colors and materials adds dimension to the house—it’s a far cry from the boring stone exterior that was there before.