Amazfit is preparing to launch the Amazfit Bip U, an updated version of its super-budget smartwatch.

A teaser page for an all-new Amazfit Bip U has been launched on Amazon India.

It lists the full details with pictures, and it looks like a strong competitor to the emerging range of sub-$100 smartwatches, which are piling pressure on the likes of Fossil, Fitbit and Apple.

Weâve seen promising-looking devices such as the TicWatch GTX and the Xiaomi Mi Watch released in the past few weeks â but the Bip U looks a match for them all.

The overall look of the Bip U has been refined, at least from judging the press pictures. And the company has included 50 watch faces for customisation.

Itâs not messing around in terms of features, either.

Thereâs SpO2 tracking, stress monitoring and breathing training, and your vitals are tracked with the Amazfit BioTracker 2 module.

That will also help provide data from over 60 workout profiles, and thereâs GPS on board for accurate tracking.

Itâs also water-resistant to 50m and including swim tracking metrics.

And perhaps most impressively, you get 9 days of battery life â although thereâs a high chance that will be decimated by things like using SpO2, as weâve seen on previous Amazfit devices.

In terms of price, we have no idea what the Bip U will retail at. As itâs only live on Amazon India, so it might take us some time to get a US/EU release.

A polished outdoor screen is the ultimate concealer. It can help you transform any outdoor space in a bona fide oasis with minimal hassle. Even better, it’s an attention-grabbing feature – you can use it to highlight plants or hang fairy lights.

But once you stumble upon the perfect screen, how difficult is it to install? Thankfully, there are privacy screen services that can come to your aid. Here’s everything you need to know.

There are plenty of companies out there specialising in privacy screens, as well as landscaping and fencing businesses that offer privacy screen services.

You can purchase the screen directly from them and then have a representative come over to install it. Alternatively, you hire them to build a completely custom privacy screen that fits your needs.

Another way to go is to purchase the privacy screen yourself from a retailer and then hire a handyman to help you set it up. You can use websites like Airtasker or Oneflare to find the right specialist for your gardening project.

Prices for privacy screens vary greatly based on the materials involved and the dimensions you have in mind. You can find cheap solutions on Amazon for as low as $15-$20/metre. Prices go up if you want a sturdy privacy screen made out of metal panels, brick or wood.

As for privacy screen services, it again depends on the complexity of the project. You can hire a handyman who can install a privacy screen you purchased for as little as $30 or reach out to a landscaping business that offers 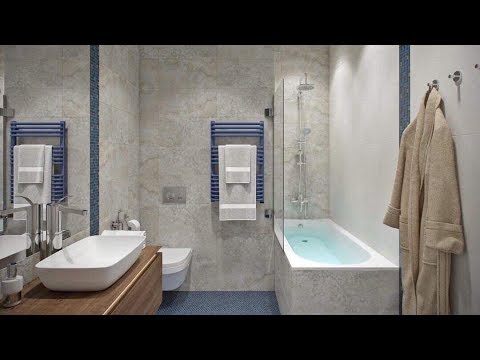 A deep wall within the hallway was opened up to create display area subsequent to the kitchen. Paint colors from the cool finish of the color spectrum replicate and improve natural mild, as do mirrors and light-weight-coloured flooring. However in the case of shopping for lavatory fixtures and home equipment, cautious shopping could possibly be the key to saving your money and time.

One of the focal factors of any toilet reworking venture is toilet sinks and vanities. Select one or two types of tile for the floor. It is not only easy to apply wallcovering to enhance the dÃ©cor, but it is usually an affordable solution to give your rest room a fresh new country-style look.

Whereas it is a comparatively inexpensive quick repair on your rest room dÃ©cor, you must also understand that there are many bathe curtains that are offered as half of a bigger themed set for the general ornament and design of your rest room.

Other than granite, glass tiles are by far the costliest rest room tile shower design of the bunch. Aside from storage, many of us prefer to spend long periods of relaxation soaking in the bathtub. Having a storage space for this stuff additionally creates a streamlined look that keeps the toilet freed from clutter and makes the bathroom extra comfortable.…